"He was the son of the painter William Shayer and was born in Chichester. He trained in his father’s studio and began to exhibit his own work at the age of 17. Subsequently he contributed regularly to the Society of Artists, the British Institution and the Royal Academy. His father, also called William, was also an artist and, since both artists signed their work “W.S.”, some confusion can arise between the two. William Joseph Shayer had a studio in Holborn and specialised in coaching and hunting scenes, capturing the golden age of foxhunting at the beginning of the 19th century. Shayer’s work became popular and well known, particularly through engravings, which were mostly published by Ackermann’s." 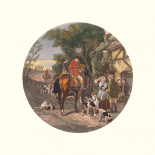 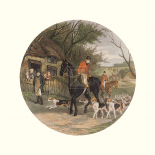