Jos van Riswick originally studied Physics and worked as a researcher at the university of Nijmegen before changing his vocation in life to painting and the arts.

Being self taught, Jos started painting in the impressionist and expressionist styles before developing a more realistic outlook after seeing the work of modern Dutch artists, Carel Willink and Dick Ket.

Through his experimentation and development he has used many different media forms to convey his ideas, like hollow mirrors, camera Lucida and camera Obscura.

Jos eventually found that working with oil paints and a palette knife best recreated a realistic and structured image of nature. Capturing as visual elements; shadow, light, and reflections to a point where it appears three dimensional, allowing the viewer to participate in the ‘world’ he has created 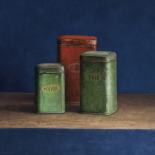 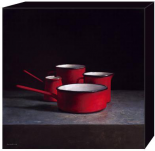 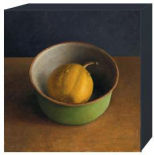 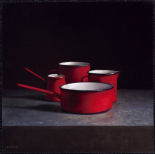 Pots and pans I
Jos Van Riswick
14 x 14 cm
Available in other sizes! 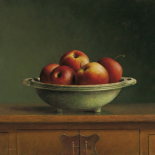 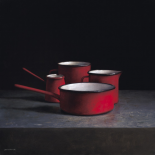